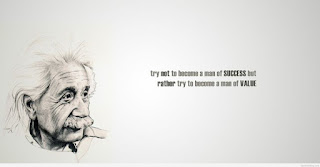 
I opened my email. It is much faster than how mail used to be during my youth and so easy to open. I no longer use my old trusty letter opener which I had for fifty years. Thank goodness for modern conveniences, but just wait a minute. The first letter was addressed to me but not signed by anyone I know. The unknown person is telling me that he has pictures of me watching porn sites and if I don’t send him 400 BitCoins (whatever they are), he will send all my friends those pictures. I printed and delivered a copy of the letter to the local RCMP, but they can’t do a thing about it. They have lots of those letters. I am glad that I am 100% sure that no-one could possibly have the pictures they have mentioned.


The phone rang, and I answered. A mature female voice told me that a lawsuit is being filed against me… and I hung up. The variety of threats made over the phone is nothing less than amusing. Sometimes I wonder if we weren’t better of when we had no telephone, received letters in the mail and borrowed books from the library.


What we have now is the results of the culmination of policies which we allowed to take place over a long time. It didn’t happen overnight. At one time we lived in communities where we knew the people around us, helped each other and faced problems together. When things went wrong, all of us demanded changes and got them.


Now it is a different world. As the years past, we glorified any and all actions that make money and lost any sense of decency. Business became holy and what used to be revered became trivial. Family relationship, faith in God, pride in being honest, honor, personal integrity and many other qualities that we believed in, went out the window. Now people devise ways to hurt each other and extort money, mostly from the poor, and receive accolades. People arrest power by openly lying and use the power to intimidate others, force sexual and other favors out of defenseless individuals, and get away with it. Even wars based on false accusations are fought and only criticized for not profiting the powerful.


I remember older people complaining and lamenting about the loss of the good old times, and I don’t want to sound like them. Perhaps I am only another old person who became a chronic complainer, but I don’t think so. I see a noticeable number of people much younger than I being very uncomfortable with the state of society.


We used to regulate ourselves by choosing governments that provided needed services and controlled misbehavior. I witnessed the striking down of laws that were good in favor of giving freedom to businesses claiming that they can regulate themselves and that the “market” will take care of all problems. It didn’t happen. President Reagan stood in front of cheering crowds saying that the government is not solving problems but is the problem and we agreed. Elected officials abandoned any attempts to do their jobs properly and applied themselves to raising funds to market themselves to win elections. The system became broken.


We used to have laws forcing the news media to investigate and report all sides of issues. The media was held to account if they knowingly misrepresented facts. I remember the government providing inspections and protecting consumers. Police officers were a part of the community and provided a good example. Now the police organization is under investigation for systemic harassment of some of their own. I am scared of what the future may bring if we don’t take action very soon.


The movement of the far right which is demanding less or no government has gone off the rails. We can’t live in a society that is regulated by greed alone, where no-one can be trusted. We can’t have all government services privatized, and there will be no protections for anyone who is not well enough to protect themselves. We used to have governments responsible for public services and accountable to the electorate, but we let them go. Some want the government only to provide an army to defend their property, but I disagree with them full heartedly.


I watch movies like Star Wars where the last remnants of decent humans are rebelling against an evil empire, and I think, let us not become such a world. I see political organizations building platforms based on hate for taxes, and I wonder. Are we ready to give up all the good things that made our society what it is? Are we going to trust business to take care of the world and all the people in it just because they are good-natured caring people?


I look across our border at one example. We had public healthcare now for close to fifty years, and they didn’t. If a person walks into a health facility in either country, we find the service and care on par. Yet, many millions of their people suffer and die miserable deaths for lack of money for treatment, and high insurance rates, while here they don’t. Very credible institutions examined the costs and found out that the expense per capita for healthcare in Canada is only slightly more than half of what it is over the border.


I don’t know about you, but I am tired of having to fight all the time to protect myself from those who take advantage and extort money. I want a good government that will do it and will look for ways to make our society great again. It will not happen by letting foxes guard the hen house.


I have my computer, and I write. I have my vote, and I choose to elect people who will govern to protect me and build an economy good for average people, not on unregulated business. Most of my acquaintances who are business people agree.


Here is a link to my blog: https://thesimpleravenspost.blogspot.ca/  Feel free to check other articles and comment.
at February 03, 2019