We went to see the new version of Mary Poppins movie, where there were more adults viewers than kids. The Disney Corporation obviously made the movie for kids since it is full of magic and only kids believe 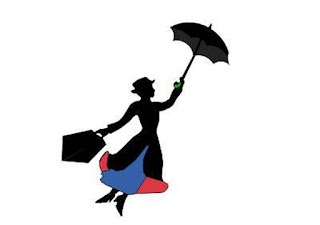 in magic, or do they?


My daughter and her three kids visited us over Christmas, and the conversation veered off to the subject of magic. She sat there by the Christmas tree and said that when she was small she believed in magic and in a fair, kind world, but then she grew up. She saw that the world was a mean place in which everyone and everything is competing for domination over each other and only the shrewd and strong survive while others suffer. In our world, she said, you have to fight for a place and fight to keep it. She is right I must sorrowfully admit.


Many years ago, I left a country which was divided between Judaism and Islam, both Abrahamic religions just like Christianity is. My mother told me that if you live in a Christian country, you will notice a difference. Christians idolize a philosophy of sharing and helping the poor amongst them, she said. It's in their nature, and they learn it from the New Testament. We moved to the Christian world and lived and learned.


There was a striking difference between what was being preached in church on Sundays and what was going on in our lives on other days. Soon after I was promoted to a low-level supervisory position, and told by my boss to make business decisions. That’s the lingo for heartless choices based on profit.


Mary Poppins is a nanny that comes to families in great need and takes care of the children. Yes, as all fairy tales go, she uses magic, but not without people doing the right thing first. Here on the silver screen, we were watching a family in disarray devastated by the passing away of mom. Dad overwhelmed by his wife’s death neglected to make a few mortgage payments and the bank, which he incidentally worked for, demanded that the full mortgage will be paid in less than a week. He had shares in the bank, but without his wife, he couldn’t find the papers.


As the plot developed, the kids got absorbed by the stories that Mary Poppins told them, and I saw what my daughter realized. There are bad people around, who take advantage of people’s weakest moments, strip them of their rights and property and leave them destitute while absorbing all they have into an empire of riches. They do it with a kind smile and playing by rules that they set, convincing the victims that their way is the only way.


I look at the political game played in the world around me, and I see clearly how the game of power is shaping human destiny. Some years ago, when I arrived in Alberta, there were many opportunities and jobs. People like me were motivated to study and work hard, and those who did received good rewards. My dad was the sole breadwinner, and we lived a satisfactory life purchasing a house in the first five years. My mom had poor health but didn’t have to depend on private clinics for treatment but was treated by Medicare that had no incentive to prolong any conditions or medication for possible additional income. I was able to finish high school by evening courses, free of charge, and continue to University that I could pay out of my regular wages. I graduated debt free. The Province was debt free and helping other less fortunate areas of the country. Other people who were in my economic class started many little businesses and did just as well if not better.


Compare this to the world today. Just about all that I just described is gone. Many people work hard and lose their good jobs, lose their homes and often can’t even afford the medications they need. Kids can no longer afford higher education, and hardly a few manage to have little businesses. The newspaper in your hands at this moment is barely able to stay in business while just a few years ago this community supported two.

In the movie Mary Poppins stories changed the outcome. The children saved the day by rescuing the Bank share certificate that the family owned, and sticking it on a kite. The aunt, who was a Union organizer got the working men from the streets to turn time back by five minutes and an old man who owned the bank but was shoved aside took his business back and reversed the predatory decision to steal the family home from its rightful owners, the family.

I am not a child, and I don’t believe in magic, but I do reserve some room for miracles. I have seen too much evidence that miracles can and will happen. I believe that the good times can return and that the American and Canadian dream is not yet dead. If people realize that they can’t just vote for a political party which appropriated a name of a long-gone party that made us prosper, they will change the future.

We don’t vote for a name; we vote for a leadership that stirs us towards a better life. It is up to us to find out who is doing it and use our democracy and our numbers to make things right. We must take the time to discover who is lying and who is telling the truth and use the power that wise people gave us through a Constitution.


The young people are right, and we must fight for what we get. We fight like Mary Poppins, by telling ourselves the right stories. We are, after all, the stories we tell ourselves.
at January 27, 2019