What will eradicate poverty and make towns prosper? 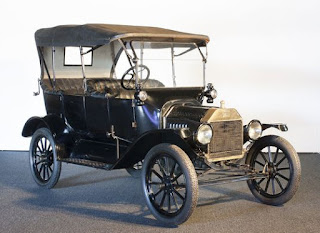 What will eradicate poverty and make towns prosper?
Let's start with some statistics. I will give the numbers, and you will guess the country. 70% of the population is rural. 52% of the average income is spent on food. Infant mortality is 176 per thousand. 10% of households have electricity. 10% of the people have secondary education, and the life expectancy is 45. You may take as many guesses as you like but keep in mind that this is an example of how to go about eradicating poverty. If you have some possible answers here is the truth. These statistics are from the USA at the turn of the century, the end of the 1800 and beginning of the 1900. Canada wasn't much different as the grandparents told us.
What made the continent that was so much like the most backward countries today advance the way it did? We didn’t receive aid from rich countries and didn’t find huge reserves of diamonds and gold. According to a study at a reputable university whose name escapes me, the important factor was innovation. The author of the study, Efosa Ojomo, believes that it was the contribution of Henry Ford that sparked our forefathers into becoming what we are today.
Henry Ford had a dream that a motorcar could become common and affordable for most people. It was not a very popular vision, and investors pulled away from him. The prototype didn’t meet his expectation, and he built another. There were no factories that could build the model T and definitely he couldn’t afford to hire a huge number of highly paid tradesmen to build the revolutionary machine. They didn’t exist. No roads, gas stations, or any other infrastructure existed, and the engine, transmission, body, etc. had to be developed.
Henry Ford embarked on a project for one main reason. It was something he could do because it was needed. The time was right to get away from the horse and steam economy and utilize newly available internal combustion technology. In 1908 Henry began work on a car that would be simple, affordable and useful for farmers and common people. He had to design the vehicle and a way to produce it. Adopting the assembly line idea from the food industry he built a factory which revolutionized the way people did things. He used a human quality that is available to all, called innovation.
The car became a “must have” item and manufacturing it provided many thousands of jobs. Roads and bridges were built, extraction and distribution of fuel developed and supply of raw materials as well as making parts changed America forever making the continent the home of innovation. The US became the example of how Capitalism can enrich a nation. Soon farms were able to produce more; cities grew as suburbs were built and our way of life was set up for success.
Innovation is the tool that will bring humanity out of poverty and will rescue places like the towns we live in here in the southwest of Canada, if its used right. First people must give up the notion that what existed in the past and did well can be brought back. Coal for heating and powering industry is not returning; industry is not coming back to remote little towns, and even forestry and oil is coming to an end. It may provide us with the means to build new innovative economies but the past is gone, and the future is going to be something new.
Little towns that are fortunate enough to be located in scenic areas or next to newly established natural parks will prosper. Huge urban centers will provide a steady stream of people who will seek refuge in unmolested nature and urbanites will be looking for places to spend retirement. With automation and improvements in health care, people no longer will be a wasted shells waiting for death to arrive, but a vibrant crowd.
Towns in proximity to cities that have senior services, recreation, and cheaper real estate will be in high demand. Those same towns will be able to provide or even export clean energy and perhaps become home for a cottage internet based industry. Places that are fortunate enough to have some useful resources as we have here in the form of meteorological coal are double lucky.
Innovation can be stimulated with education. If a society invests in its young people the next generation excel. Germany for example have removed all tuition fees for higher education from colleges and universities. That move covers not only German citizens but all people who are in Germany and will make the labor force of the future. The Chinese are building new universities every two or three months. Peter Lougheed took similar steps here in Alberta in the seventies setting us up for the prosperity that followed.
China, the fastest growing economy in the world is doing more than just enhancing education. They regulate all investments that come into the country or made by the country. It is welcomed only if it is good for the majority.
Overall there is a huge potential for hope in the future. Poverty can be eradicated and little rural towns can prosper if we take the right steps. We must govern ourselves to make sure that we do what is good for the country not for a few people in the country. We have to invest in our young and our future. “Don’t ask what the country can do for me but ask what can I do for my country,” said John F. Kennedy, and he was right.
This is the time to change from the sad mistakes we have made. Making huge corporations and banks too large to fail and bailing them out never worked and never will. Look at Oshawa and the GM plant. Instead we must look after our people and feed innovation. Henry Ford succeeded when he doubled the workforce wages and trained them how to do a good job.