The American dream that became a nightmare.

The American dream that became a nightmare.


I look at empty businesses, and weed covered abandoned factory's parking lots. Unkept apartment blocks and potholed unmaintained roads leading to rusting bridges. Everyone is worried about being cheated or gouged, and the most common phrase is, ”drive safe.” It is dangerous on a road where everyone is competing to get ahead of everyone else.


I was born in what you may call a different world. Not a different planet but a world that had only a small resemblance to the world you see through your window or on your TV screen. The war was over, and the baby boomers arrived with me being one of them. Mom and dad worked hard doing all things by hand. Work meant sweat and sore muscles.  Schools were too small for all of us, and classes were held just about anywhere. The Soviet Union was more advanced in science as well as education, and we were watching the night sky to see Sputnik which was the manned space vehicle the Russian Yury  Gagarin was piloting.


People in my younger life were behaving in a gentleman’s way, communities were tight-knit, and individuals were concerned about each other. The bus would drive slow behind a horse-drawn buggy, and no-one was passing. You may not believe me but talk to one of the old folks still around.


In the fifties, the US learned from the Russians that the base for the success of a nation was a good education for all people. In the sixties, John F. Kenedy came to power and the West, after a struggle, realized that to get ahead we needed to involve all of our people and that we couldn’t win by fighting wars. Korea was the same size as before the war, Vietnam war was lost, and the only “win” was the Suez Canal crisis in Israel in 57.


We fought against racism and apartheid. Canada harbored Vietnam draft dodgers, and Universal Health Care was established, making Canadians the envy of Americans. Our generation changed the dress code, welcomed the electronics revolution and popularized Rock ‘n’ Roll. Canada became truly independent with its own Constitution and bill of rights.


Now came a long period of a new war. The people of my generation focused on using the newly available tools and developed more. Housework became mostly automated, and women became equal partners. People learned to use credit, and higher education was still not out of reach for most.


Gone were the protests, strikes and wars were normalized by a population who watched worst on the screens. It was not the easiest time, but the baby boomers were raising their kids and trying to do it in new ways. The rugged hippy look gave way to office attire, unions were condemned for corruption, and we all turned somewhat into business types. Everyone was testing the little bits of freedom that we gained earlier with a lot of sacrifice and pain.


When the planes hit the twin towers in the early part of the new millennium, we took a new look at the world that we created. It was a scary picture. We, the people who fought for freedom and equality, who worked hard towards a good middle-class life, could not offer it to our children. Our innovation and sweat equity went into the coffers of a small well-off class, and our children saw very little hope for social mobility. They were destined to a life of making payments on the interest of loans and no middle-class status. My children will not have what I have and cannot achieve it in the way I did.  They are told to think positively, to increase freedom for business, but only very few may have the positive results that they should be hoping for. They gave up on possible bright future, and settled for “jobs.”


Just as recently as last Father’s Day, my daughter wrote to me in a card, ”you have made me what I am today.” Yes, I did, and she and her generation are paying for the results. They and we have one major card to play which makes a big difference in our lives. We live in a democratic system, and we can influence events by choosing the type of government that we place over ourselves. My generation witnessed governments like the Alberta Peter Lougheed government that did so much good, and we failed to notice that the Party name remained, but the substance changed.


In came Ronald Raegan and his counterparts, and convinced us to give all the power to the people who took away the future of our children. It was I, and my age group that stripped those behind us from all the defense mechanisms that we have enjoyed. Now my children pretend to be middle class but can’t balance their checkbooks. They are enslaved to student loans, half million dollars mortgages and high-interest credit card debts with hardly a sliver of hope that things will improve. They are told to reduce taxes on those who stripped them of their share in the economy and save the money by giving up their own social security safety net. My own daughter believes that if big business prospers she will have a better life than I did, even while big business motivates our politicians to cut her future pension by making her work well into old age.


Onwards we go, removing restrictions we earlier placed and giving up our protections to increase profits for those who trade the benefits of our productivity for other’s personal gain. It was the Babyboomers who told the millennials that the “market” would lead them to prosperity, and now they are suffering the outcome. It’s my fault, and there is hardly enough time left to correct it.


This is a link to my blog: https://thesimpleravenspost.blogspot.ca/  Feel free to check other articles and comment. 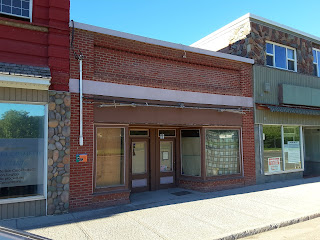