Is Canada at war?

Is Canada at war? 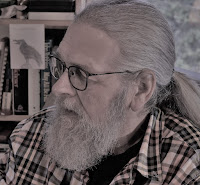 In 1955 I was a little kid on an isolated farm in Israel. From the farm, we could see a mountain called Har Megiddo or as we know it here Armageddon. It was a different world comparing to  “reality” these days. Aside from perhaps my mom’s nylons, there was no plastic. All of what we use today without even realizing, bags, straws, cups, computers or vehicle interiors were made from materials other than plastic. In grade three I received a plastic ballpoint pen as a gift and cherished it as the most valuable possession.


Plastic is amazing since it changed our world. Every year there are new ways to use it and it replaced just about all the other materials which we had in our homes. It is so cheap that there is no need to worry about using it for a brief moment and discarding it in the trash. Above all, it can be recycled and used again in a different form, but recycling may be more expensive than manufacturing new plastic. The problem is that left alone it fills up spaces and doesn’t decompose as natural materials do.


As the world was getting crowded with plastic garbage, wise nations such as Canada began to allocate money towards getting rid of plastic junk and poor countries agreed to do the dirty work of recycling, for a price.


The Philippines which is an example of a poor nation exploited by colonial powers agreed to take Canadian plastic but ended up cheated by one of our businesses (Chronic Plastics) who shipped a hundred containers full of garbage, probably financed by our tax dollars, and left them with the rotting mess.


The Philippines are home to some very intelligent often attractive very hard working people. We know it in Canada since we “import” many of their people often to do low paying jobs that we can’t find anyone else to do. I know many very good Filipino people. Some second-generation Filipino people are now well educated and amalgamated into the fabric of Canadian society seamlessly.


The Philippines are geographically close to Japan. In the second World War, the Phillippines fought on the American side against the Japanese Empire. Many thousands perished. After Japan’s defeat, the US invested in Japan making the country into an economic powerhouse while American territories like Puerto Rico and the Philippines were exploited by business interests. Gaining independence didn’t help them much either.


Canadians see on the news that the Philippines have one bad government after another and that the islands are plagued with natural disasters. We also know that there are many dissenting groups and guerrilla fighters who kidnap business people and execute them. Now we are faced with a war against them over garbage.


When I was a kid on the farm I saw a movie called The Mouse that Roared. A poor tiny nation declared war on the US and sent 20 soldiers with bows and arrows against America. They expected the US to win the war and give them aid as they did with Germany and Japan. Unfortunately, the little country wins the war and the US surrenders to them. I am wondering if the Philippines don’t want a war with us expecting help. Recalling the ambassador is a serious diplomatic step and they just did it.


Our government presently is swamped with trying to fix messes they inherited from the previous government. There is the Phoenix Payroll System that Harper purchased without paying for training. There is the scandal over Vice Admiral Norman who was disgraced by actions that the past Minister of Defence Jason Kenney took bypassing government purchasing regulations. Now there is a looming war against a poor nation half a world away. All of those issues could harm innocent people or already do.


The Philippines could send our garbage back to us escorted by a warship and create a global awareness of the fact that our unregulated businesses and unrestricted production of polluting waste are a huge problem. Provinces like Alberta that is trying to remove more environmental regulations will be caught in the middle. Even some of our major industries that produce plastics may be hurt. We have a good image around the world, but you and I know that we are not saints.


Canada is a major polluter while it is a small nation. We hear that China or India pollute more but we stay away from calculating how much pollution per capita we create. The official line is that we live in a cold climate and must create a mess to survive, but it is not true. We have buildings that sustain us without carbon emissions. All we really need is leadership and the will to convert our energy intake to clean energy. It will not be popular with those who invest in oil and gas, but it will work and supply us with many jobs.


Over a long time, Canadians built oil dependency and made a living in unsustainable ways. Now the faraway nation that sends us workers is calling our bluff. A comical leader is telling us on the world stage to take our garbage and eat it. As much as we like to avoid a confrontation, we will have to listen. We can’t just blame one of our political parties or another, we are forced to suffer humiliation and repair damages that we have caused.


Armageddon is a mountain in Israel that symbolizes the end of the world. It existed long before oil and plastics and it will after. The question is, will we survive the outcome of our own actions.
at May 20, 2019