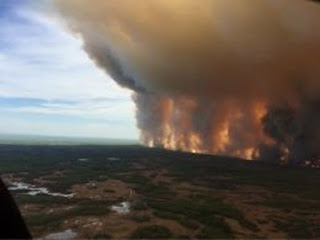 Fire!!!
Humans inhabited planet Earth for a very long time before the taming of fire. It was a cold dark existence, similar to that of other animals, and fear of fire was strong. Someone dared to take fire and use it and our civilization was born. Fire proved to be our best friend and worst enemy, depending upon how we handled it. Like most of the material things on Earth, it is a gift which requires proper handling by human intellect. Now fire is beneficial in huge nuclear reactors and in tiny one stroke engines. It provides us with easy safe lives such as never even imagined not that long ago. The benefits are tremendous but the dangers persist.
We live on the surface of a fireball spinning through space and we are fully dependent on radiation from a burning star. We use stored sun energy with fires of all kinds and we can use the radiation as it comes without burning. Solar, wind, gravity and nuclear power that doesn’t produce weapons-grade fuel are all available with more being discovered every day. Our most knowledgeable people have determined that we achieved a breaking point now, where using stored energy by means of fire harms our planet’s atmosphere and will make life impossible. The process has begun and there is only one solution available and only for a short time.
It is time again for humans to fear fire or, sadly for us, perish. The old people I knew in my childhood are all gone but I can tell you what they had in common. It was a fear of fire. For thousands of generations, our best friend fire was also our ultimate destroyer.
Just a few years ago, when I moved to a forested spot in a mountain town, my main joy was the wilderness feeling and the ability to have a fire outside. Now it has all turned around. We had a devastating fire in the Crowsnest Pass, the moisture in the ground disappeared and I am afraid of summers.
The big indicators of a climate catastrophe are, not the weather we experience, but moisture content in the soil and sea level all over the world. We now have documents showing that as far back as 1977 the biggest oil company Exon Mobile did extensive research on the greenhouse effect. They determined that a danger exists and buried the knowledge. Instead, they began to contribute to the elections of climate-denying politicians and continue to operate without ecological conscience. Their investors are suing them for hiding the real value of the company.
I was watching a video titled: America Burning: The Yarnell Hill Tragedy and the Nation's Wildfire Crisis, about the 19 firefighters who perished in Arizona in 2013. A young mother was describing her husband kissing her and the 3- and 5-year-old kids goodbye before going to fight fires. He, and another 18 like him, never came back. I stopped watching to pay attention to our new Premier talking about the ongoing early fires here in Northern Alberta, on Global News Calgary.
Our Premier stated that most fires are caused by human carelessness in throwing cigarettes from vehicles. Wrong Sir! It is human carelessness of creating climate change by burning oil. What starts the majority of fires are lightening striking overly dry forests. He announced a reduction of taxes and elimination of regulations which will increase the fires and floods plaguing our planet.
Premier Kenney talked about hundreds of families safely evacuated. Does he know how it is to leave your home and be evacuated? We the people of Crowsnest Pass, Pincher Creek, and Waterton know all about it. He mentioned “resources” being brought in to fight fires. Does he know the pain and sacrifice made by the “people” he calls resources?  I wonder. I also question why we taxpayers have to foot the bill for fighting the well-predicted fires and the rebuilding after. I can see my insurance going sky high while oil companies profits are taxed less. I am no longer a Conservative but I know how to calculate costs.
In defense of the premier, we must recognize that there is another side to the argument. There are folks who believe that if we cut all the trees around human settlements, build many highways into forested areas, and somehow get rid of “lefties” and environmentalists, there will be no fires. The leader is obligated to listen and judge. I am afraid that my leader is not paying attention to the educated but to the greedy.
I love sitting by a campfire on a starry summer night with family and friends. Lately, my firewood is unused black with mold and the stars are invisible behind the smoke. It is a new reality I don’t enjoy. It bothers me that we were told that it will happen when I was still a young student and I and so many more, didn’t take action in time. Our small portion of our oil revenues intoxicated us and we chose to believe that all will be good.
In prehistory, we left the stone tools in favor of bronze and iron. We changed from sailing ships to steam and ditched horses for automobiles. Why is my generation so ignorant and use selective blindness when the situation is so critical? Fire served us well but its time to use energy in new ways.