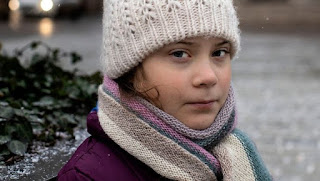 When life is threatened, we pull all stops and try to keep breathing. All living and growing things are born with the same instinct, to stay alive. If a human is not threatened, he or she becomes concerned with the quality of life and competition for a better life.


Humans until recent history were threatened simply because often more were dying than being born. We were animals fighting not to be extinct, and it took all of our energy and ingenuity simply to go on. Some thousands of years ago the first laws were written and in some areas of the world agricultural civilization began to change the odds in favor of human survival. The Ten Commandments became the ideal, and people even started to realize that when co-operation happens the whole species benefits as long as competition is present but restricted by regulations. Most people believed that both co-operation and restrictive laws were Gods creation.


It is only in our present existence that the conflict between competition and co-operation became critical. Competition which motivated us to thrive and take over the planet now is capable of destroying all we have and know. The human population is divided into two camps that are equal in power and friction is sparking all over the place. It is time to open our minds and study what we are facing and how long do we have before the catastrophe.


Sadly there are people who wish to spoil the party by exposing the fact that today’s enjoyments will have to be paid by tomorrows people, and I am not talking about national deficits.


A tiny fifteen-year-old Swedish girl named Greta Thunberg decided to take action. She began by skipping school and demonstrating alone on the Swedish parliament’s steps. The Media took notice and realized that she is able to rationalize and communicate very effectively. She was invited to make a speech at the  U.N. plenary session COP24 where she was featured on the world stage, aside from the main corporate media in North America.

GRETA THUNBERG: My name is Greta Thunberg. I am 15 years old, and I’m from Sweden. I speak on behalf of Climate Justice Now!

Many people say that Sweden is just a small country, and it doesn’t matter what we do. But I’ve learned that you are never too small to make a difference. And if a few children can get headlines all over the world just by not going to school, then imagine what we could all do together if we really wanted to.

But to do that, we have to speak clearly, no matter how uncomfortable that may be. You only speak of green eternal economic growth because you are too scared of being unpopular. You only talk about moving forward with the same bad ideas that got us into this mess, even when the only sensible thing to do is pull the emergency brake. You are not mature enough to tell it like it is. Even that burden you leave to us children.

But I don’t care about being popular. I care about climate justice and the living planet. Our civilization is being sacrificed for the opportunity of a very small number of people to continue making enormous amounts of money. Our biosphere is being sacrificed so that rich people in countries like mine can live in luxury. It is the sufferings of the many which pay for the luxuries of the few.

The year 2078, I will celebrate my 75th birthday. If I have children, maybe they will spend that day with me. Maybe they will ask me about you. Maybe they will ask why you didn’t do anything while there still was time to act. You say you love your children above all else, and yet you are stealing their future in front of their very eyes.

Until you start focusing on what needs to be done, rather than what is politically possible, there is no hope. We cannot solve a crisis without treating it as a crisis. We need to keep the fossil fuels in the ground, and we need to focus on equity. And if solutions within the system are so impossible to find, then maybe we should change the system itself.

We have not come here to beg world leaders to care. You have ignored us in the past, and you will ignore us again. We have run out of excuses, and we are running out of time. We have come here to let you know that change is coming, whether you like it or not. The real power belongs to the people. Thank you.


I copied the speech from DemocracyNow.org. It is true, and we are stealing the future from our children. They can’t understand why we value jobs in polluting the planet more than we value jobs in producing clean, renewable energy. They clearly see that our addiction to immediate economic prosperity is dooming them to the hell we are creating.


Every one of us that states “I don’t believe in Climate Change” is guilty of killing and dooming to misery untold numbers of unborn children mostly our own.